Nacho wrote to us in January 2013, he wanted to marry Claudia and he wanted a non-traditional engagement ring; for him to talk about them and to represent in one piece what they are and what they dream together. 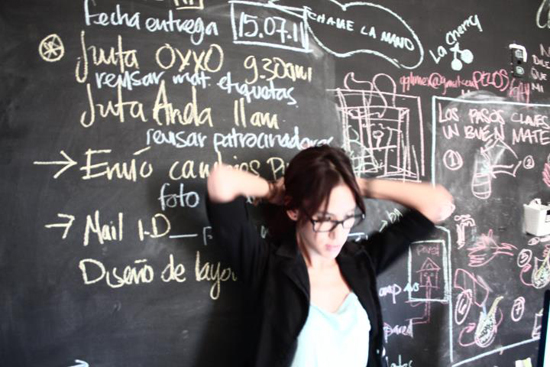 Photo of Claudia that Nacho sent us.

.
We were very excited about the process as, to be honest, this was the first engagement ring we ever made!
. The sketching process began, we met several times, we exchanged photos of them and their tastes. He told us about their passion together and the business they started printing. 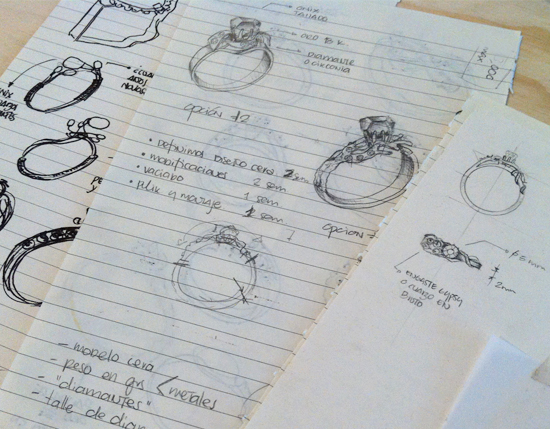 He is structured and she is very organic. So we wanted to give it an elegant and imperfect finish. The final concept under which we worked was that of: "a common piece that is eaten up by imperfection". 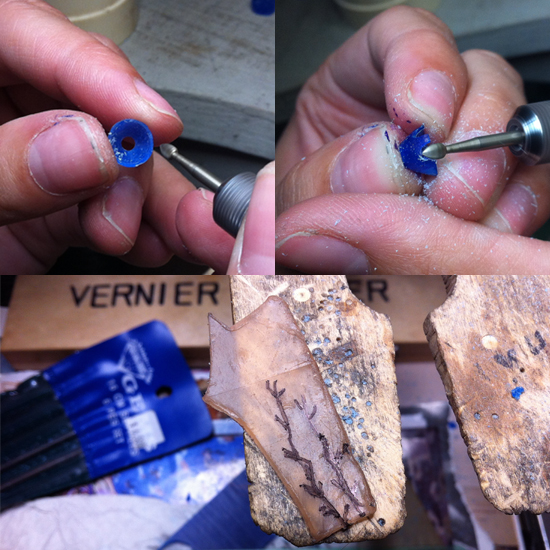 The wax tests were started until we reached the design we thought. And for the central stone Nacho did not want a diamond, it is too cliché he said. So we thought about other options and it came up: An onyx! He is Mexican and has a perfect touch; so he carved himself in brilliant cut. 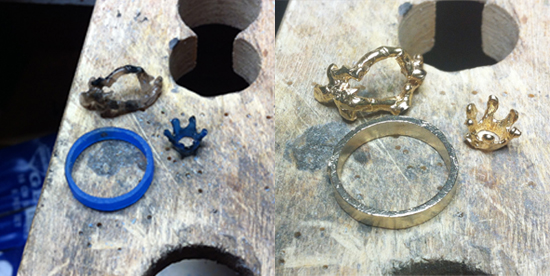 The pieces were cut separately and cast in 14K white and yellow gold. The parts were joined, they were platinum, the onyx was mounted and that's it! 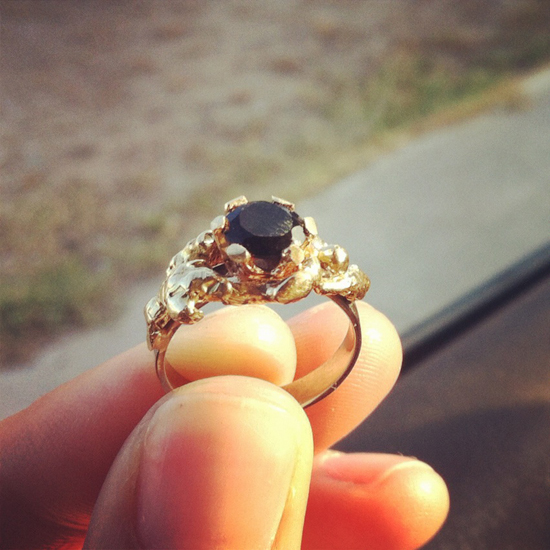 White gold and 14K yellow gold ring. Center stone: 6 mm onyx in brilliant cut.
.
The clean and simple band symbolizes him, the corals are her: organic. The two parts merge and result in his love: the onyx that is held by 6 imperfect nails. The corals walk and intertwine forward as they will in their future. Nacho proposed to Claudia on June 9, and she said yes !! 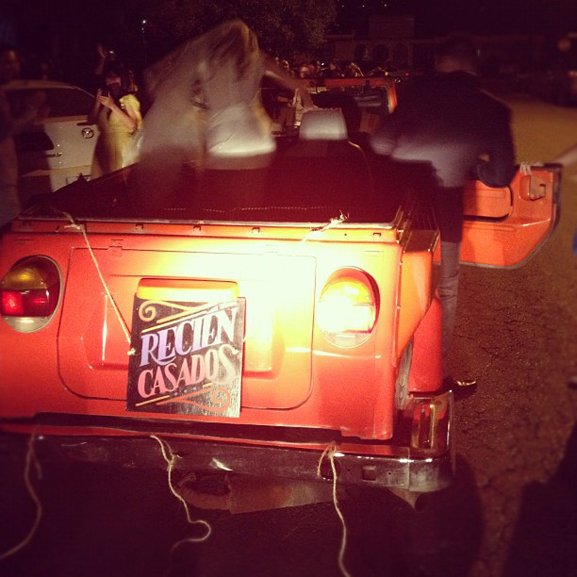 ---
We loved being a part of this story, especially since we had the opportunity to also make the wedding rings! Their wedding rings preserve the personality of both, with an imperfect but discreet style.