The story begins when Alejandro told Cassandra that he wanted to marry her at a very spontaneous moment; one in which she obviously didn't have a ring ready!
So ​​he took her watch off and handed it to her as a symbol of her promise made to her (Below you see her wearing her watch) . 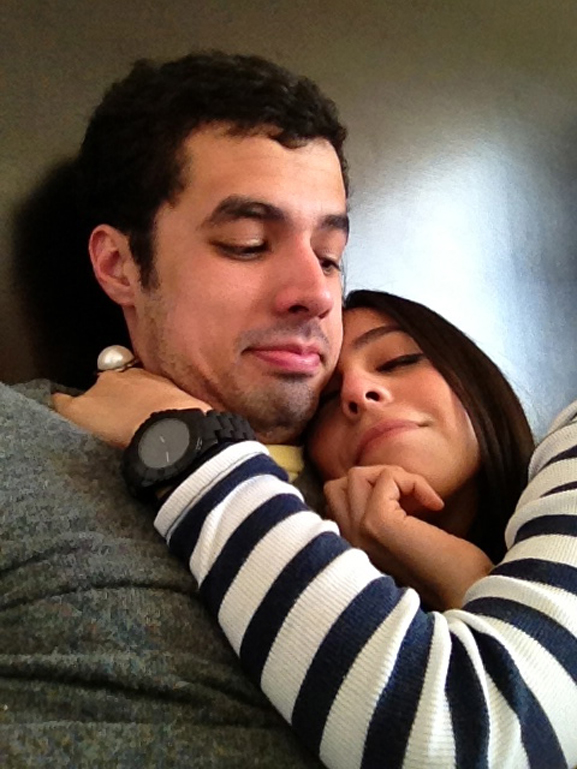 Then, the ring that he would give her would be hidden inside an identical watch, it would only be necessary to find what would that ring look like?
The idea started with the concept of real promise. A promise that will be kept. So we found inspiration in the Gimmel type rings (similar to the Fede or Claddagh type) popular in Medieval times in England, Germany and other countries. 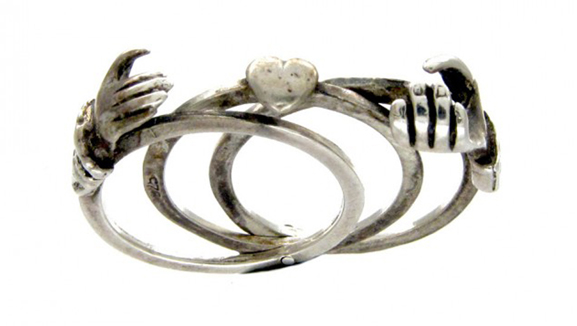 There are three rings, in the center a heart and at the ends two hands that "come together". When getting engaged, the man wears a ring, the woman another and the third is held by a witness, who will attest to the engagement to be celebrated. On the wedding day, the three rings are put together and worn by the new wife; completing love. The designed ring has an Onyx mounted on an irregular prism, keeping the most precious thing: mutual love, the center of their relationship.
At the sides some claws that stop and at the same time release, creating a complicity and an encounter.
To bring it to life, the design was made in wax and then poured into lost wax in 14K rose gold and placed claws and a mechanism that makes the three rings "open", both in 14K yellow gold. The initials of the two are marked on the mechanism. 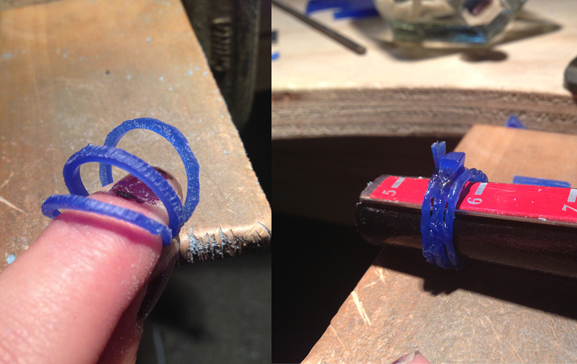 The rings before being polished and without setting the stone. 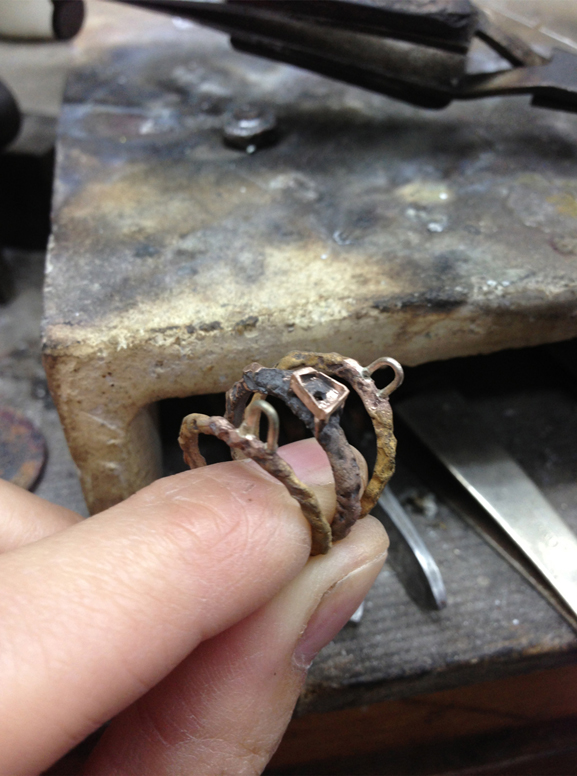 Love requires promises, care and respite.
That's what this ring says, made up of the past, present and future; hugging and caring, opening up and breathing. 
And so, on April 14, 2013, Alejandro hid the engagement ring inside a watch identical to the one that she used for some time as a symbol of promise, but this one with the engraved letters: MARRY ME.
for 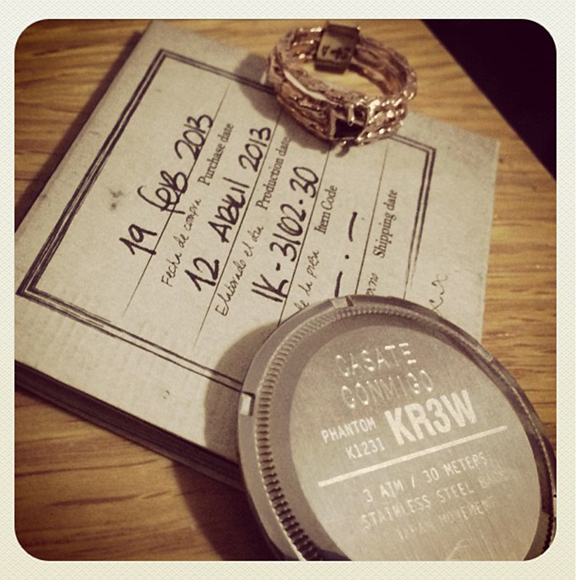 Promising eternal love, unconditional and true love ... the only one! It's what Alejandro wants to say to Cassandra every day with this ring.
Thank you for allowing us to participate in this moment!
---
Do you want to create a personalized jewel as well?
Create Your Own Jewel
.
Anillo de Compromiso Crea tu Propia Joya Diseños Personalizados onix Oro